The symptoms of a Lisfranc injury are pain, swelling and bruising in the middle of the foot, as well as difficulty standing or walking. When such symptoms present, it is important to seek immediate medical care because of the potential difficulty in diagnosing the condition and the possibility that, without prompt treatment, proper healing may not take place.

The Lisfranc joint and the injury are named for the Napoleonic field surgeon who tended a soldier with a severe injury to that region. Lisfranc injury should be suspected when there is midfoot swelling and when the patient is unable to put weight on the joint. Sometimes such an injury takes place in conjunction with the fracture of a toe or other small bone in the foot, so when foot injuries occur, it is important that the entire foot be carefully examined. The physical examination for a Lisfranc injury includes rotating the foot in circles. X-rays will also be taken to confirm the type of Lisfranc injury, its precise location and severity.

Treatment for a Lisfranc injury depends on the severity of the injury, but may include immobilizing the foot, casting or surgery to secure the bones in place with pins, wires or screws while they heal. Physical therapy may be needed to restore proper function to the foot after it heals. Proper treatment for a Lisfranc fracture is critical, as this area bears most of the weight of the foot and is essential in allowing the patient to walk properly and painlessly. 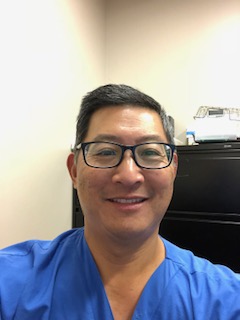